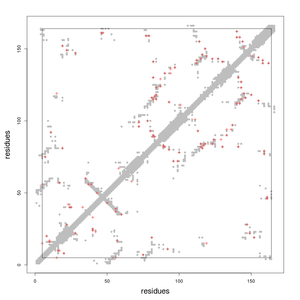 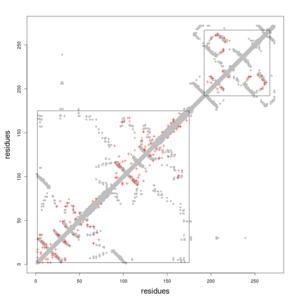 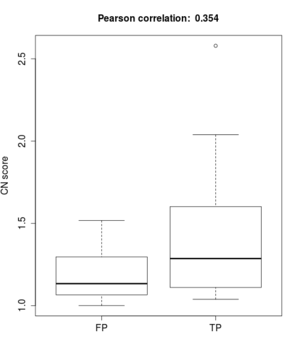 Comparison of DI and CN scoring for contact prediction

When comparing the top 50 DI and CN scores for HRas, only 20 of the top 50 scoring pairs overlapped (40%). This shows that the two scoring methods yield very different results. Now either the better scoring method has to be determined, or a combination of the two methods could be used. For example, the top n/2 (where n is the desired number of contacts) results of either method can be used in order to get a sufficient amount of contacts for structure prediction. 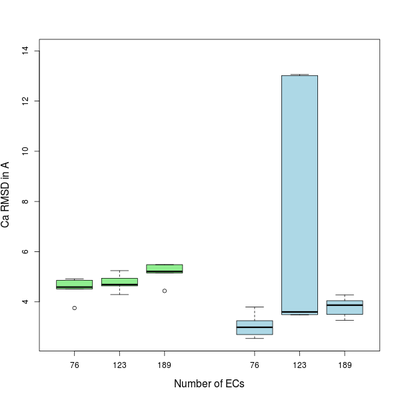