In this task we are to research SNPs associated with our protein odba_human, in different databases.

HGMD - Human Gene Mutation Database HGMD represents a collection of published mutations. This means HGMD contains only mutations leading to a disease. In our case publications between 1993-2008 are covered. The sequences and a list of all listed mutations can be found in the protocol-msud-task5 protocol

Here is a list of the silent mutations we found in dbSNP. The complete list of all mutations from dbSNP (including missense and frameshift mutations) can be found in the protocol-msud-task5 protocol.

Insertion or deletion of nucleotides can cause frameshifts. As the amino acid code is triplet based, inserting or deleting a single nucleotide from within the sequence will not only cause a amino acid to be changed, but will move all following codons out of frame, changing every fololowing amino acid after die insertion or deletion. For a graphical representation please see figure 1. Insertions or deletions are less severe when they appear near the end of an exon, as this limits the number of amino acids changed. 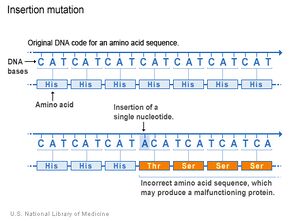 Figure 1. Example of a frameshift mutation caused by an insertion.

As SNPdbe contains predicted and experimental SNPs, we first have to parse the output of the database search. The list of all mutations can be found in the Protocol-msud-task5 protocol Unfortunately we only found not validated SNPs. Among those, 8 leading to MSUP.

In SNPedia wie found the folowing four SNPs for MSUD.

of those the first two are merged into one in dbSNP and do not concern the BCKDHA protein. The same goes for the third entry and the fourth is already contained in dbSNP.

OMIM contains 9 entries for BCKDHA( odba_human - 608348 ), all leading to MSUD. As reference sequence Uniprot is given.

We first (with little sucess) tried to build a graphical per-nucleotide representation of the Sequence the result can be found in figure 2.

Figure 2. First experiment with a graphical representation of a mutation map. Nucleotide sequence is shown in red,green, blue and black. The scale is marked in 50 and 100 nucleotide discance. SNPs are markes red when missense and green when synonymous.

After that we decided to go for a structural representation using pymol. Two images of the colored representation can be found below in figures 3 and 4. 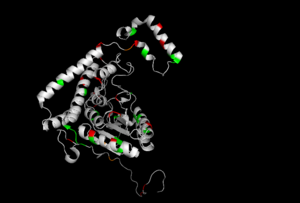 Figure 3. Green marked regions are synonymous mutations, red are missense and orande are positions where both synonymous and missense mutations were found. 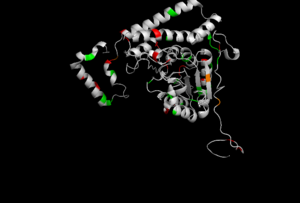 Figure 4. Green marked regions are synonymous mutations, red are missense and orande are positions where both synonymous and missense mutations were found.

To actually take a look at the mapping we recommend directly loading it in pymol, for wich we provide the pymol session file here.

will be added on tuesday...