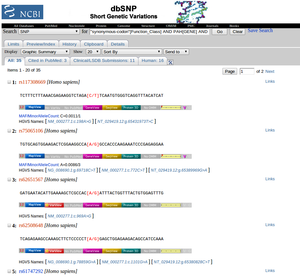 At first, we were quite surprised that we found only 16 silent mutation for the PAH gene. Normally, silent mutations are expected to appear more frequent in coding regions than missense/nonsense mutations because they are not subject to positive selection pressure. However, we assume that the few known silent mutations in PAH is probably a result of lack of data.

In a next step we analyzed the frequencies of the different possible allele mutations with the following results: