Furthermore, we used different numbers of steps. The result of how long these analysis run, can be found in the following table and graph:

There are differences in the energy of the mutated structures and the wild-type structure, but in general these differences are not that strong. The highest energy values have mutation Rs121907974 and Rs121907968, where the mutated structures have 6% and 3% more energy than the wild type. The lowest difference is between wildtype and Rs61747114 with only 0.15, which is nearly 0. There are two structures which have less energy than the wildtype (mutation Rs1800430 and Rs121907982) but also here the difference is very low (0.23 and 0.72) and therefore it is hard to explain why these mutations damage the protein, because the energy difference is not that high. 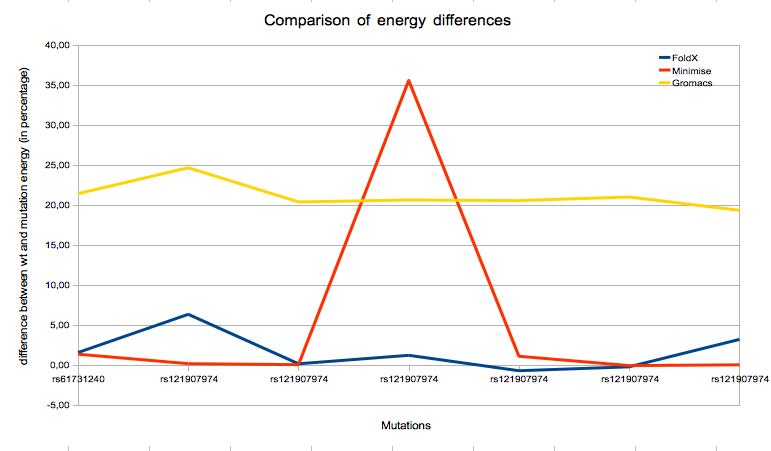