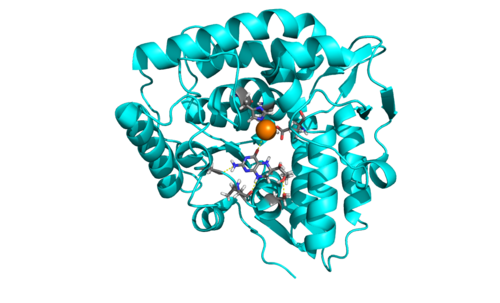 Rendering of the overall structures of 1J8U using PyMol. The protein is colored cyan overall, whereas the Fe-atom is colored red and the important residues are shown as sticks and colored in the element-based fashion. Binding is shown with yellow strokes, if the distance is bigger than 1.5 Å
</figure>
<figure id="1J8Uclose"> 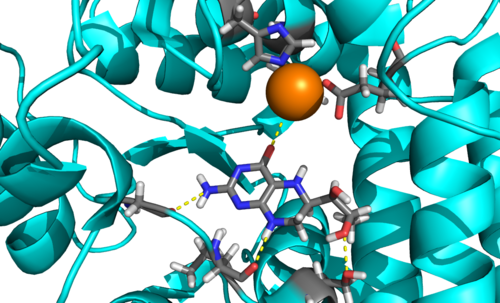 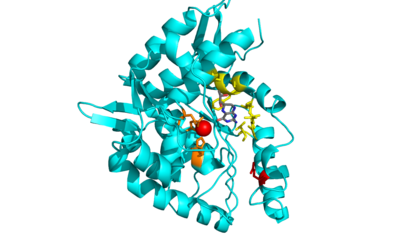