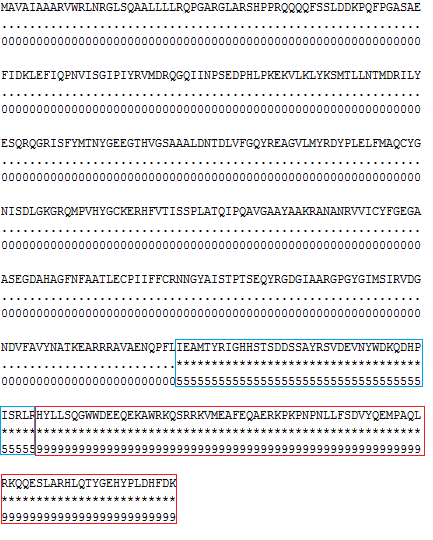 For the BCKDHA-protein Phobius predicted a signal peptide with about 90% probability at the beginning of the sequence. The predicted signal peptide is 34 amino acids long. This matches the information given on Uniprot, which says, that BCKDHA contains a 45bp long signal peptide for the transfer into the mitochondrion. The rest of the amino acid is a non cytoplasmic protein sequence. No part of the protein is predicted to be transmembrane spanning. This is also true, as BCKDHA is a protein located in the mitochondrion matrix according to Uniprot.

The TargetP prediction results can be seen in the following table:

The ODBA_HUMAN (BCKDHA) is predicted to be located in the mitochondrion, which is true according to Uniprot.