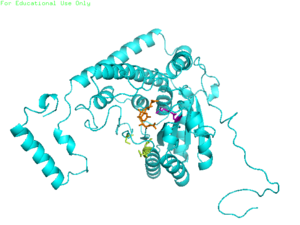 The structures of arginine and tryptophane are very different what can be seen by comparing figures 2 and 3. Moreover the positive charge of arginine gets lost when the hydrophobic tryptophan is introduced. These changes in structure and biochemical properties are quite severe and this mutation is very likely to destroy the protein's function.