In this task, we used different normal mode analysis servers to study the normal modes of chain A of glucocerebrosidase (2nt0). 2nt0_A is has N=496 residues such that there are altogether 3N-6=1482 normal modes. Each mode is defined by an eigenvector and its corresponding eigenfrequency. The eigenvector contains the amplitude and direction of motion for each atom. In mode i, all N atoms oscillate at the same frequency. 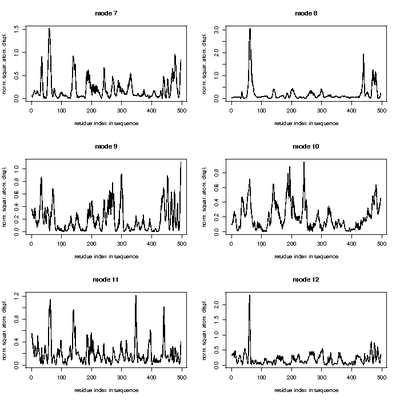