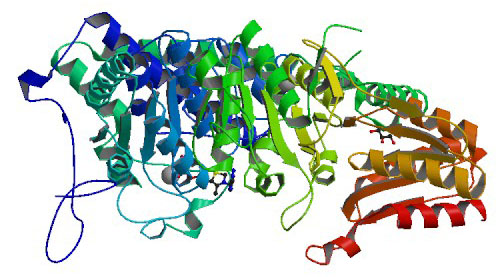 Maple syrup urine disease (MSUD) is a disorder of the branched chain amino acid (BCAA) catabolism. Due to a deficiency in the branched chain α-keto acid dehydrogenase complex (BCKDC) the degradation of leucine, isoleucine and valine is impaired so that these amino acids and the corresponding α-keto acids accumulate. Affected infants suffer from mental and physical retardation. MSUD has an autosomal recessive heredity.

The slides of the introductory talk can be found here: MSUD presentation 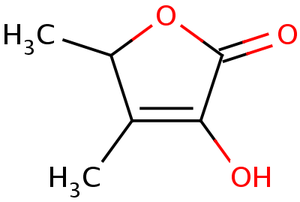 The name of the disease comes from the sweet smell of newbornes urine that resembles maple syrup. The compound sotolone, a metabolite of leucine, is responsible for this smell. BCAAs and α-keto acid concentrations in blood plasma are increased, which has toxic effects like ketonuria, lethargy, seizures, vomiting, problems in feeding and neurological dysfunctions. As a consequence of this, if untreated, the disease leads to coma and in the end to death.

There are different forms of MSUD, depending on the proportion of BCKDC enzyme activity that is still present:

All of the above mentioned forms can be caused by mutations in the gene of any subunit of the BCKDC.

Another classification divides the disease into subtypes depending on the subunit of the enzyme complex (see Biochemical disease mechanism) that is altered - type IA/IB/II or III if subunit E1 (α chain), E1 (β chain), E2 or E3 is altered, respectively. In some sources type III is actually considered another disease, which is similar to MSUD, called dihydroliponamide dehydrogenase deficiency. The reason is that this subunit is also a part of other enzyme complexes, e. g. the pyruvate dehydrogenase complex. 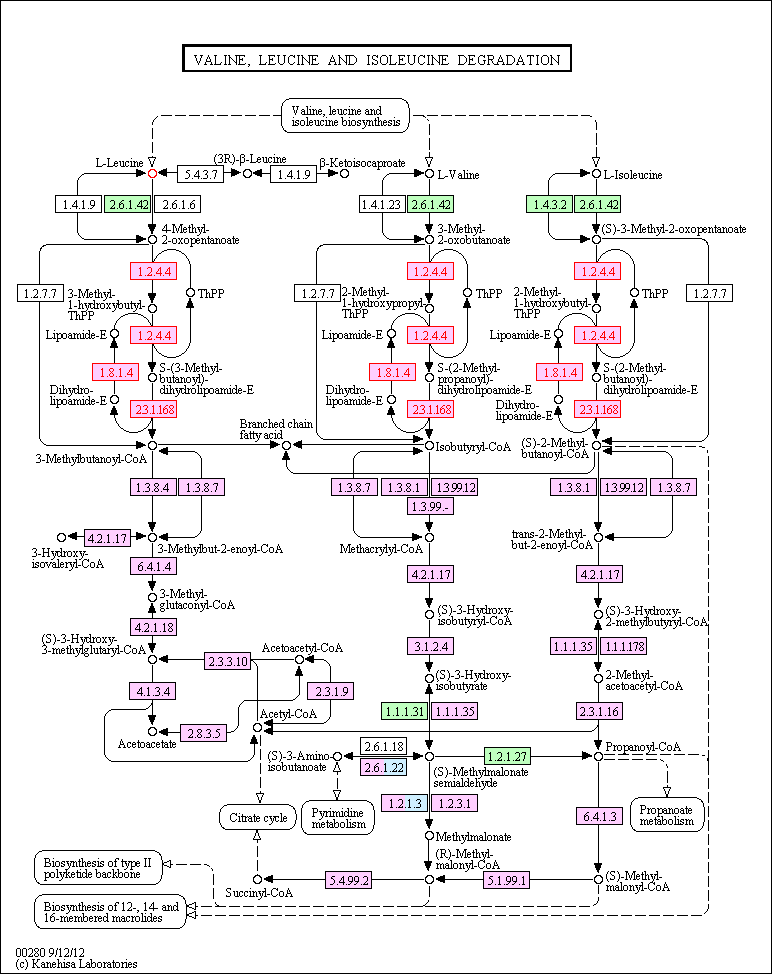 The first step in degradation of the BCAAs leucine, isoleucine and valine is the oxidation to branched chain α-keto acids (BCKAs). This reaction is catalyzed by cytosolic branched-chain amino-acid aminotransferase which cuts off the α-amino group of the BCAAs and substitutes the chemical group with a carbonyl group. This process takes part in the cytosol of cells. The produced α-keto acids are then transported into mitochondria and decarboxylated by the BCKDC. After a chain of reactions in mitochondria branched-chain α-keto acids will be transformed to derivatives of CoA, e.g. Acetyl-CoA and Succinyl-CoA, which can participate in other metabolic pathways such as the citrate cycle.

If the function of the enzyme complex BCKDC is disturbed like in MSUD, the amino acids and their metabolites (BCKAs) cannot be removed and accumulate in blood and tissue. Accumulation of BCKAs results in a ketoacidose, i. e. the pH value of the blood decreases, which explains some of the symptoms described in Phenotype.

Because of the accumulation of leucine in the brain, other essential amino acids are displaced, which leads to depletion of important neurotransmitters like glutamate. Also the energy metabolism is disturbed, since the accumulation of BCKAs interrupts the citric acid cycle.

The mitochondrial branched-chain α-keto acid dehydrogenase complex (BCKDC) is the main catalysator for the degradation of BCAAs in mitochondrial matrix. It has three component enzymes with different catalytic activities:

The maple syrup urine disease can be inherited between generations. It follows a recessive manner of inheritance. All the genes which encode component enzymes of BCDKC are located on autosomes. The MSUD is then an autosomal recessive disease in which only individuals who are homozygous or compound heterozygous for the mutated allel of the same enzyme subunit develop the disease. MSUD shows higher prevalence in some ethnic groups e.g. Mennonite and Jews.

For each of the four genes BCKDHA, BCKDHB, DBT and DLD that produce subunits of BCKDC mutations are found among the population.

The following sequences do not cause the disease and are most often found in the population.

These reported mutations are neutral and do not alter the protein during translation.

Following mutations in the corresponding gene can result in functional changes of BCKDC and thus lead to MSUD.

For a diagnosis of MSUD, at first the above mentioned symptoms have to be present. The enzyme activity of the BCKDC can be measured and compared to the normal activity. With HPLC or mass spectrometry the accumulation of BCAAs, allo-isoleucine and BCKAs in the plasma can be measured. BCKAs in the urine are detected with dinitrophenylhydrazine (DNPH), which forms a precipitate with these compounds. To confirm the diagnosis, the genes encoding BCKDC subunits can be genetically tested for mutations.

To normalize the levels of amino acids and α-keto acids a special, almost protein free, diet with low levels of BCAAs is given. To avoid deficits in other nutrients, there exist formulas for MSUD which are free of BCAAs. The blood of affected patients is frequently tested and BCAA concentrations are carefully monitored so that the brain is not damaged.

To reduce too high serum levels of BCAA, also a hemodialysis can be carried out. Liver transplantation is a treatment that helps to normalize the degradation of BCKAs. Finally there is a clinical trail, that investigates the benefit of the compound phenylbutyrate, which reduces the blood levels of BCAAs and BCKAs.