Difference between revisions of "MD WildType"

As you can see in the table above, it takes about half an hour to simulate 1ns of the system. So therefore, it would be possible to simulate about 40ns in one complete day calculation time. 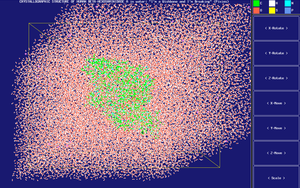 Figure 1: Visualization of the MD simulation for the wildtype with ngmx

Furthermore, we also want to visualize the structure with PyMol, which can be seen on Figure 2. 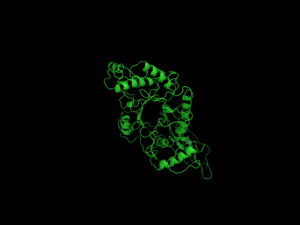 Figure 2: Visualization of the MD simulation for the wildtype with PyMol

Next, we want to visualize the protein with PyMol. Therefore, we extracted 1000 frames from the trajectory, leaving out the water and jump over the boundaries to make continuous trajectories.

The program asks for a group as output. We only want to see the protein, therefore we decided to choose group 1. 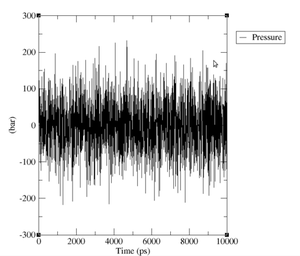 As you can see on Figure 5, the pressure in the system is most of the time about 0, but there a big outliers with about 232 and about -217 bar. So therefore we are not sure, if a protein can work under such a pressure. 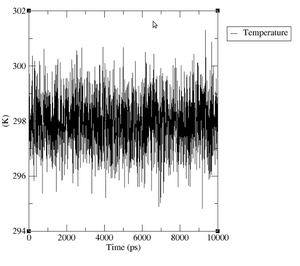 As you can see on Figure 6, most of the time the system has a temperature about 298K. The maximal difference between this average temperature and the minimum/maximum temperature is only about 7 K, which is not that high. But we have to keep in mind, that only some degree difference can destroy the function of a protein. 298 K is about 25°C, which is relatively cold for a protein to work, because the temperature in our bodies is about 36°C. 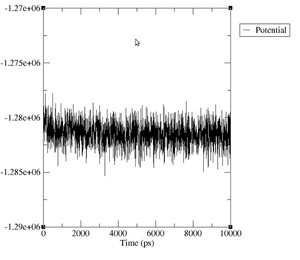 As can be seen on Figure 7, the potential energy of the system is between -1.2853e+06 and -1.2778e+06, which is a relatively low energy. Therefore, this means that the protein is stable. So we can suggest, that the protein with such a low energy is stable and able to function and therefore, our simulation could be true. Otherwise, if the energy of the simulated system is too high, we can not trust the results, because the protein is too instable to work. 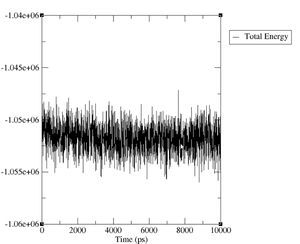 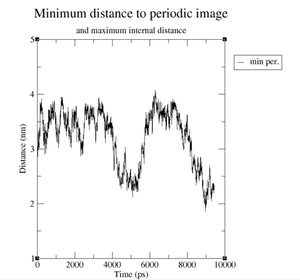 As you can see on Figure 9, there is a huge difference between the different time steps and distances. The highest distance is up to 4 nm, whereas the smallest distance is only about 2 nm. So in general the distances between the parts of the protein which interact with each other are between 2 and 4nm, which is not that near. Because of the jumping curve in the plot we can conclude, that the protein is flexible, because the minimum distance of the interaction is always different which means, that atoms which were in contact lost it and therefore the minimum distance decrease or increase.

The analysis produce two different PDB files, one file with the average structure of the protein and the other file with high B-Factor values, which means that the high flexible regions of the protein are not in accordance with the original PDB file.

To compare the structure we align them with PyMol to the original structure. 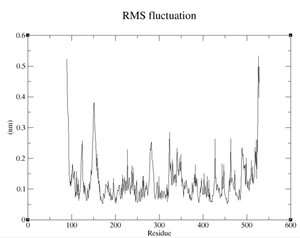 As we can see in the pictures above (Figure 17 - Figure 23), there is always a little difference between the two structures. Therefore, this regions seem to be flexible.

Furthermore, we visualized the B-factors with the PyMol selection B-factor method. We calculated the B-factors for the blue protein (Figure 24 - Figure 30). If you see red, this part of the protein is very flexible. The brighter the color, the higher is the flexibility of this residue.

To compare the structure we align them with PyMol with the original structure.

As in the section above, the RMSD between the structure with high B-factor values and the original structure is the most similar (Figure 22 and Figure 25). This was expected, because we used twice the same model, but in this case we neglect the residues of the atoms. But the backbone of the protein remains the same. The other two models (Figure 21, Figure 23, Figure 24 and Figure 26) have nearly the same RMSD value and therefore there are equally.

Furthermore, we got a plot of the RMSF values of the protein, which can be seen on Figure 37: 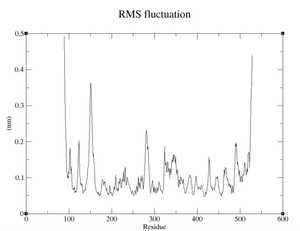 Figure 37: Distribution of the b-factor values by only regarding the backbone of the protein.

In this case, there are only three high peaks at position 150, 280 and 310. By comparison to figure 16, these high peaks can also be found in this plot. Furthermore, it was possible to observe these high B-factor values in the pictures.

Next, we want to analyze the radius of gyration. Therefore we use g_gyrate and use only the protein for the calculation.

If we have also a look to the radius of the different axis on Figure 39, we can see, that the radius of the x coordinates is most similar during the whole simulation. The radius of the z axis shows more deflection than the x coordinates values, but both values are in a similar range. The y axis values, however, is significant lower so therefore, there is less differences between the positions of the y axis values. Especially at the end of the simulation, the Rg values for y are very low. So, therefore, we can see, that the radius of gyration consists especially of motions in x and z direction and not so much of motions in y direction.

First of all, we have a look at the solvent accessibility of each residue, which can be seen in Figure 40 and 41.

The following table lists the average, minimum and maximum values of the solvent accessibility for each residue in the protein. The residues at the beginning and at the end of the simulation which have a value of 0 are ignored.

As before, we only regard the atoms with an area of more than 0 in the following table.

In Figure 42 the average area per atom is plotted, which shows a similar picture as on Figure 40, but at the beginning there are no atoms with no surface accessibility. In general the atoms have not that big area as the residues, which is clear, because the area of the residues consist of the area of the single atoms which belong to this residue. As before, the standard deviation which is plotted in Figure 43, is not that high. It is a little bit higher than on Figure 41, but that was expected, because this Figure is more detailed and the scale is smaller, but in general Figure 42 and Figure 43 confirm the results of Figure 40 and Figure 41. At the end of the plot, there are a lot of atoms which have a surface accessibility area of 0, which is consistent with the result of the residues. But at the beginning of the plot, there are no atoms which have no surface accessibility area. But there are a lot of atoms with low or no accessibility area in the plot.

As before, it is possible to see in the plot, that the protein is flexible, because the number of bonds differs extremely over the time.

The high number of hydrogen bonds between protein and water is no surprise, because every residue on the surface has contact with water, whereas in the protein there are a lot of amino acids which do not have contact partners, because the other amino acids are too far away. 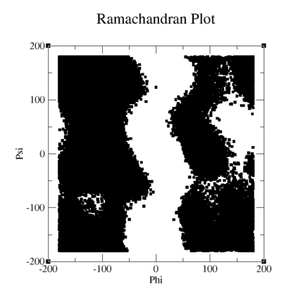 As we can see on Figure 50, there are a lot of beta sheets, alpha helices and right-handed alpha helices. The white regions are the regions where no secondary structure can be found, which is right.

Next we analyzed the RMSD values. Therefore, we used a RMSD matrix. This is useful to see if there are groups of structures over the simulation that share a common structure. These groups will have lower RMSD values withing their group and higher RMSD values compared to structure which are not in the group. 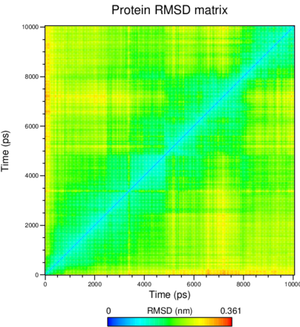 Figure 51: RMSD matrix of our structures during the simulation

As you can see on Figure 51, there is one big group which is colored in green, but it is not possible to find any very dense groups which all have a very low RMSD compared to each other. Only near on the diagonal there are some structures which are colored in cyan, but in general, most of the structures are colored in green which means a RMSD value of about 0.15 Angstrom. So we can see that there are differences of the protein structure during the simulation and therefore we can conclude that this protein is very flexible.

Next, we started a cluster analysis. First of all, we found 225 different clusters.

We visualized all of these cluster structures on Figure 52: 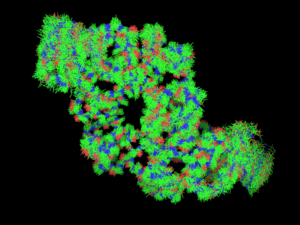 Figure 52: Visualization of the 225 different clusters 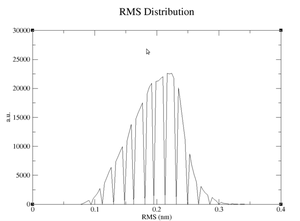 Figure 53: Distribution of the RMSD value over the different clusters

On Figure 53, it is possible to see, that the distribution is a Gaussian distribution, with the highest peak at 0.2 Angstrom. This means, that most of the structures have a RMSD about 0.2 Angstrom compared to the start structure. This value is not that high, but it is a strong hint, that the protein is flexible during the simulation. 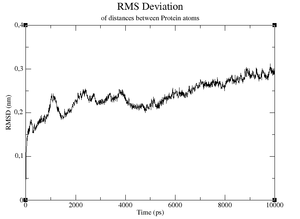 Figure 54: Plot of the distance RMS values in the protein.

As we can see on figure 54, at the beginning of our simulation the RMSD is relatively small, but it decreases almost the complete simulation. The internal RMSD is in the end at 0.28 Angstrom, which is not relatively high. Therefore the protein has no big distances in it self.