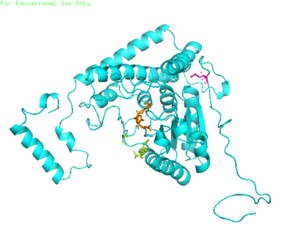 All energy calculations show a significant divergence of the mutated protein structure from the wildtype-structure which indicate that this mutation leads to an instable protein. These calculations could be affirmed by the fact that the hydrogen bonding network changed due to.... This could be the reason for the instability of the mutated protein structure.