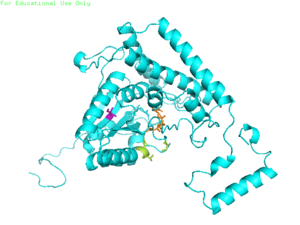 The overall trend of the calculated energies stays the same. FoldX calculated an energy difference of 7% between the wildtype and the mutated protein structure and both the minimise and the Gromacs energies are a lot lower for the mutated protein structures than for the wildtype structures. Looking at the structure and the biophysical properties of the mutating residues, which lead to the formation of hydrogen bonds, we can see that isoleucine and threonine are quite similar concerning these aspects. The same structure and the hydrogen bond network that didn't change could be an explanation for repeating expected energy values.