From the previous alignment TASK (see Alignment TASK), we four proteins which might serve as suitable templates for the modeling. The preoteins are depicted in the below table. The information about active and binding sites were obtained from Uniprot and will serve as additional information for the manual modification of the alignments in order to try to improbe the accuracy of the models. Interestingly, our potential templates - identified by the database searches - contain all homologs with known structure, regarding to HSSP.

We used the webserver and

Modeller is a program for comparative modeling of the 3D structure of a protein with unkonown structure. It provides different methods for calculation of the initial target-template. Given the alignments, modeller generates the backbone and optimizes a probablility function reflecting spatial restraints. The input alignments can be either pairwise sequence alignment - for single template modeling - or multiple sequence alignments - for multiple template modeling. <ref>AA. Sali, T.L. Blundell. Comparative protein modelling by satisfaction of spatial restraints. J. Mol. Biol. 234, 779-815, 1993</ref>
In this section, we apply modeller to model the 3D structure of ARSA and compare the results to the known structure from PDB. We wrote a tutorial ( Using Modeller for TASK 4 ) comprising all necessary steps in the following analysis. It provides generic scripts and example code and executes all methods using default parameters. 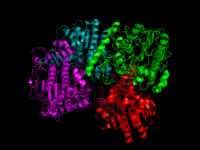 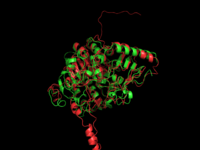 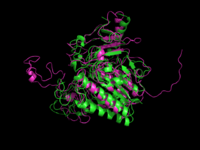 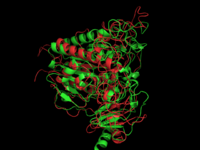 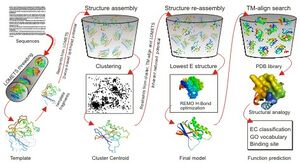