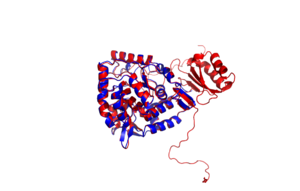 One sees a clear similarty but the coiled ends and beginnings which are not mentioned in the pdb-files, since the pdbs always use a shorter sequence than found in UNiProt 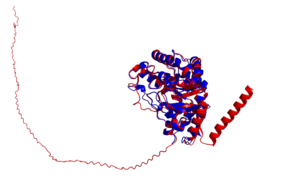 With a sequenceidentity as low as in this model one would expect very bad results. Our results can bee seen in <xr id="fig:2v27modelling" /> 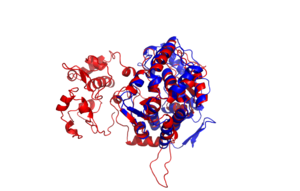