The most current implementation works with Blast output version BLASTP 2.2.29+. The input loaded here by default come from a sample output which may contain bad data so, for better understanding use your own alignment result. For generating the alignment output, you can use BLAST. The algorithm for calculating HSSP Curve and HSSP Values is referenced from this paper. 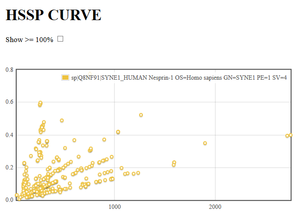 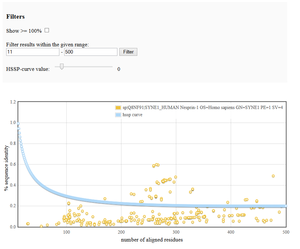 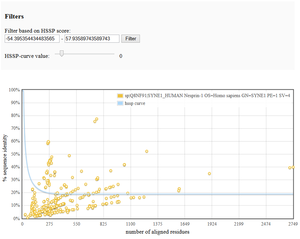 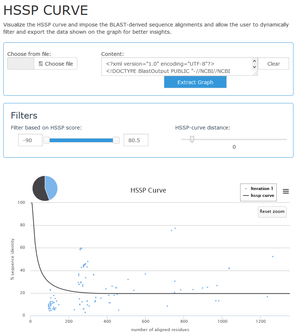