The input data should be in tsv format 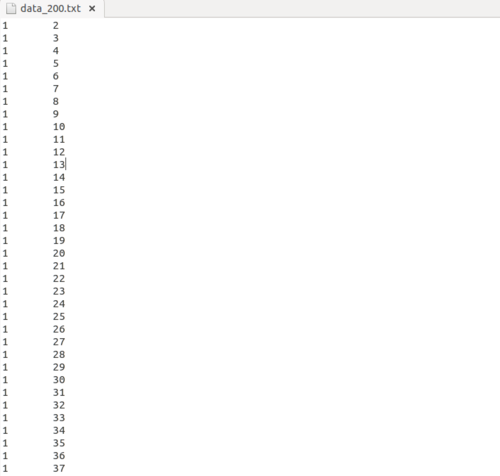 The following visualizations use spread layout. 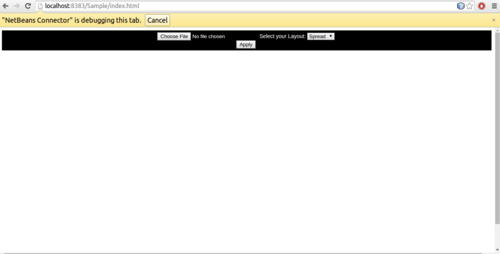 Fig1.1:Intial Layout of the Page 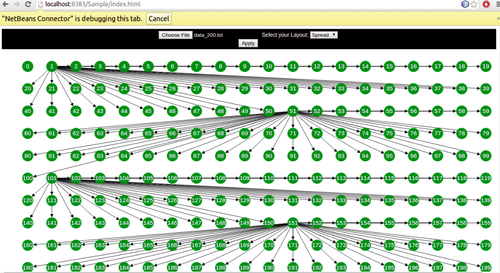 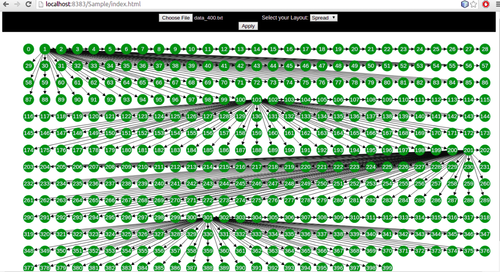 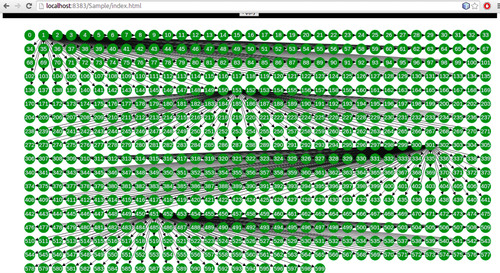 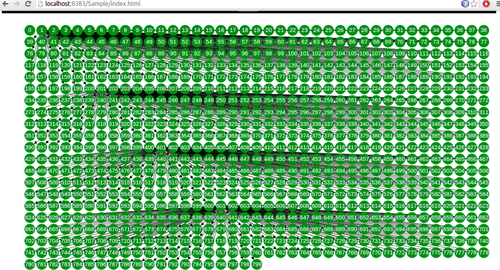 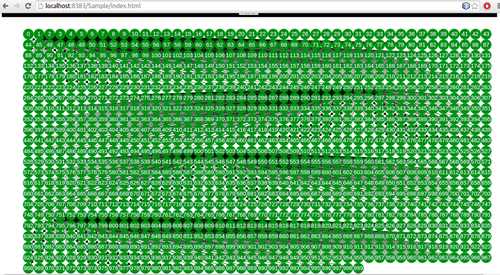 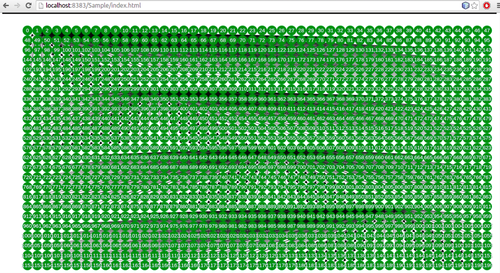 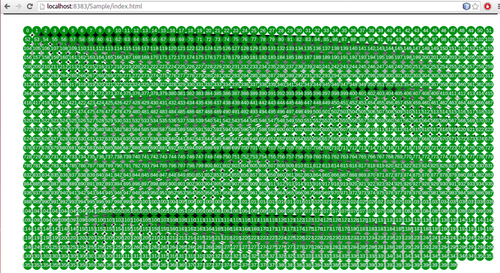 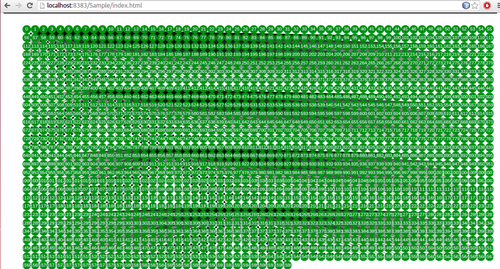 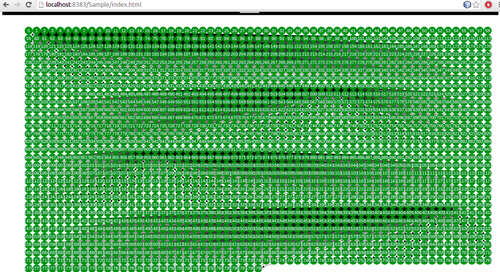 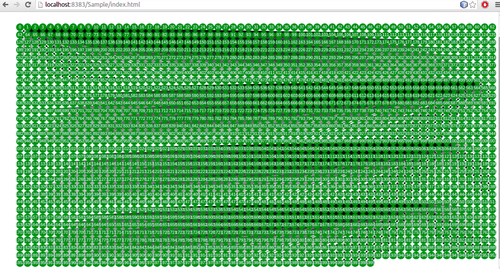 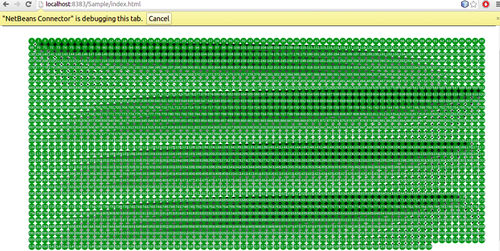 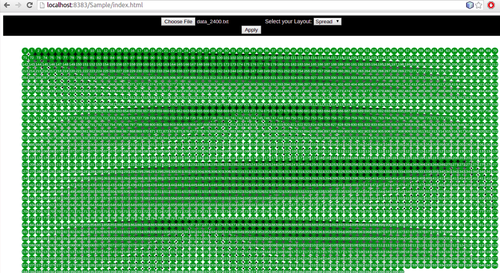 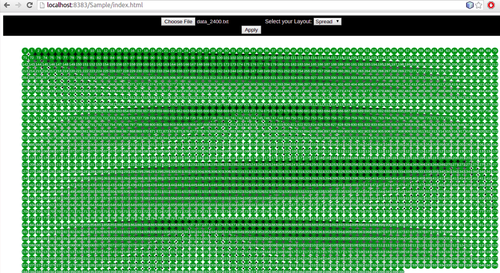 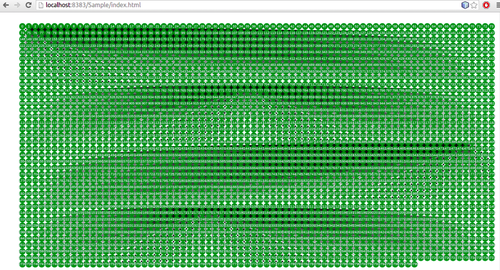 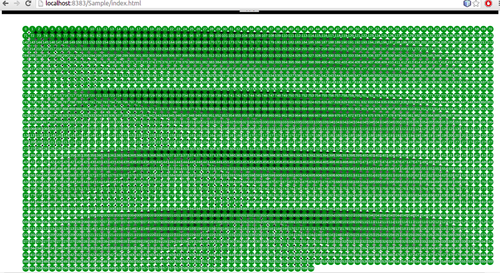 The following graph shows the relationship between the nodes and time taken to visualize it. 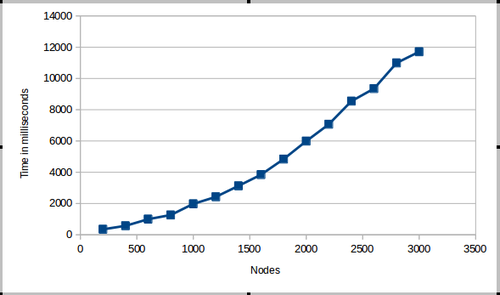 Fig1.17:Graph showing relationship between nodes and the corresponding time taken to visualize it without using the web workers

In order to optimize the performance in terms of the time taken to visualize a large network of more than 2000 nodes,we can use web workers.Web workers are mainly based on the concept like parallel processing in web.They work by splitting the tasks across different workers without affecting the actual UI.

File:Http://vasantha4940.github.io/DataVisualization/public html/graph comparison.png
Fig1.17:Graph showing relationship between nodes and the corresponding time taken to visualize it without using the web workers